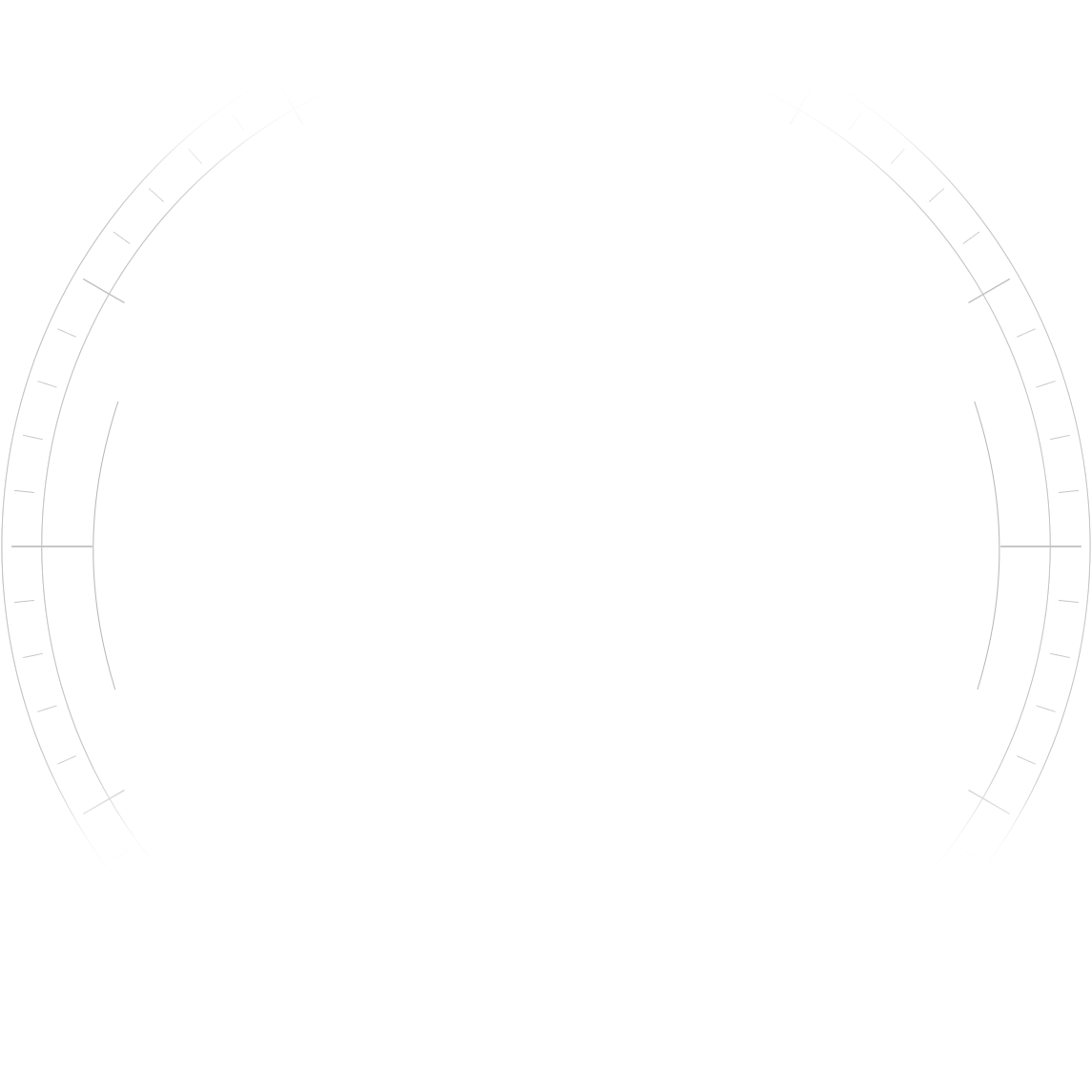 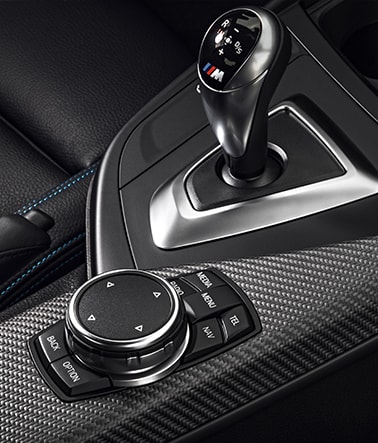 The BMW M2 Coupé exudes exhilarating power and flawless dynamics, inside and out. A vehicle built to push the limits.

Inside the BMW M2 Coupé, the rich engine sound creates an authentic motor sport experience that is further enhanced by the interior design. Sport seats in Leather Dakota Black welcome the driver and front passenger. All seats have the embossed M logo under the headrests as well as contrast stitching in Polar Blue. The M leather steering wheel and the two circular dials with red needles emphasise the vehicle’s athleticism.

Next: Driving Dynamics
1 of 5

MOTORSPORT TECHNOLOGY FOR THE ROAD.

The Active M Differential optimises traction and driving stability when changing lanes or accelerating out of curves, when cornering at high speeds or on roads with uneven surfaces. Traction is optimised via an electronically controlled device that reduces the difference in revolution speed between the rear wheels.

M Servotronic adjusts the power steering to suit the current speed and ensures a direct and precise steering response at high speeds. It ensures comfort by lessening steering effort and increasing agility when parking, manoeuvring or navigating twisting roads. 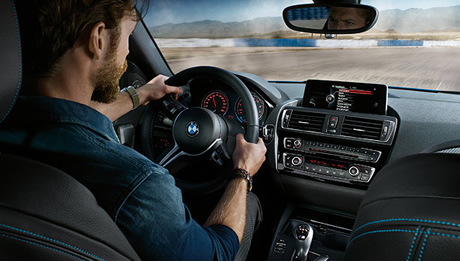 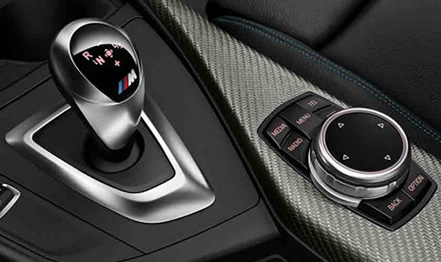 THE M TWINPOWER TURBO ENGINE OF THE BMW M2 COUPÉ.

It’s not the size that counts, but the actual strength of this powerhouse. The compact M inline 6-cylinder engine in the BMW M2 Coupé offers proof. With its 272 kW, it catapults the 1,520 kg* vehicle to a top speed of up to 250 km/h.

The result. A peak performance of 272 kW and a maximum torque of 465 Nm, plus 35 Nm with the aid of the Overboost function, between 1,400 and 5,560 rpm. This means that the BMW M2 Coupé’s TwinPower Turbo petrol engine accelerates the vehicle from 0 to 100 km/h in a breath-taking 4.5 seconds, reaching a top speed of 250 km/h. Thanks to various intelligent technological innovations, its fuel consumption drops to a combined rate of just 8.5 litres per 100 km at a CO2 emissions level of only 199 g/km

THE HISTORY OF THE BMW M2 COUPÉ. 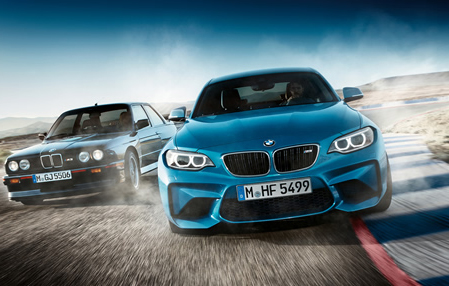 The BMW M2 Coupé sees BMW M GmbH building on the success of the 1 Series M Coupé. Like its predecessor, the M2 also sets the benchmark in the compact high-performance sports car segment. It continues the tradition of the legendary BMW M3 – the E30 from 1985. True to form, its heritage doesn’t end there. It’s also a close descendant of the infamous BMW 2002 turbo. 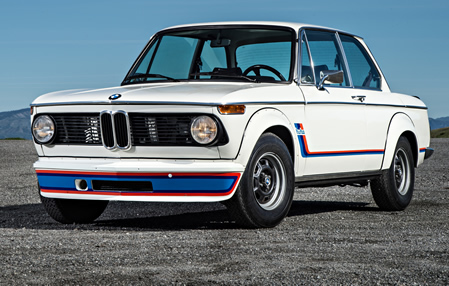 When the BMW 2002 turbo was unveiled at the Frankfurt Motor Show in autumn 1973 as the new flagship model of the BMW 02 Series, the first Oil Crisis was just beginning. This pivotal backdrop was a major factor behind the growth of the BMW 2002 turbo into one of the most emotionally rich cars of its time. Today, it is a hugely coveted classic. spacer 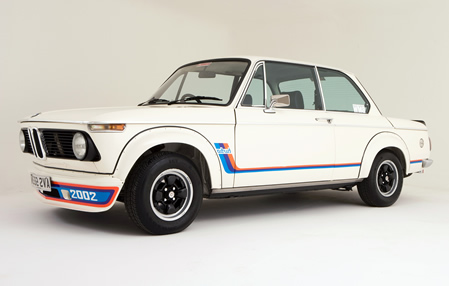 The BMW 2002 turbo was the 1st series-produced European car with a turbocharger. Only available in Polaris metallic and Chamonix paint finishes, it thrilled drivers with its dynamic repertoire. BMW engineers used a Kugelfischer fuel injection system and KKK turbocharger to gain 125 kW at 5,800 rpm from the two-litre four-cylinder engine. spacer

THE HISTORY OF THE BMW M3 SEDAN. 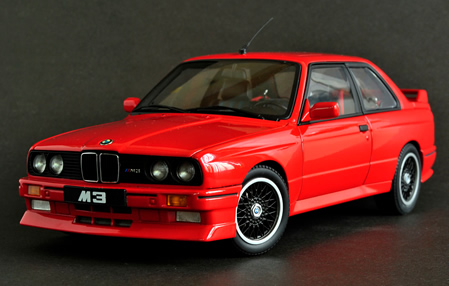 The original BMW M3 premiered at the 1985 Frankfurt Motor Show. The 4.36m long, 2-door sedan was planned as a model for the German Touring Car Championship. With its brawny wing extensions, large front spoiler, side skirts, lowered rear apron and prominent spoiler, the first BMW M3 had the exterior presence of a finely-tuned athlete. 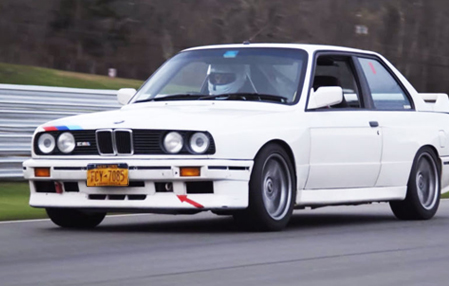 The BMW M3 was powered by a 2.3-litre 4-cylinder engine boasting fourvalve technology, which developed 147 kW at 6,750 rpm and served up peak torque of 240 Nm at 4,750 rpm. These statistics underpinned the ascent of the original BMW M3 to legendary status. It won the touring car world championship in its first season on the race track. 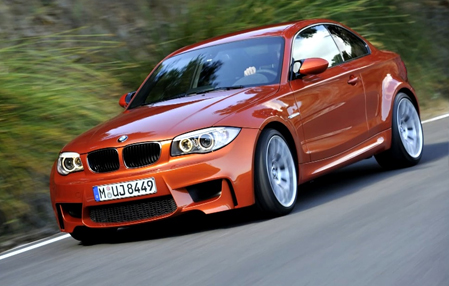 “Praise be, BMW’s given us a proper M driver’s car. The M2 is simply outstanding.”

Read more
9
out
of

“Hang on a minute. This steering is absolutely bleeding fantastic.”

Read more
4
out
of

“The chassis, grip, engine, diff and steering all add up to create such an intuitive driving experience.”

Read more
5
out
of

“It’s about all that you could ask of a sports car yet it does it for a very reasonable price and with a pinch of practicality.”

Read more
5
out
of The first ever BMW M2.

Built for spontaneous sprints and sharp bends. An extreme driving experience that you won’t forget in a hurry. With its outstanding agility, top-quality dynamics and striking sound, the BMW M2 Coupé is a typical M vehicle.

The first-ever BMW M2 was launched to media recently in an adrenaline-filled BMW M day. Watch this to hear what they have to say about this much-anticipated vehicle.

Bruno Spengler in the BMW M2.

BMW DTM Champion, Bruno Spengler, was in South Africa for the BMW M2 media launch. He spent most of his time putting the most-anticipated BMW M model through its paces on the racetrack.

Can you keep your eyes on Gigi in the first-ever BMW M2 Coupé?

The first ever BMW M2.

Bruno Spengler in the BMW M2. 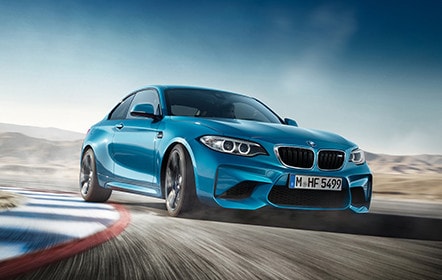 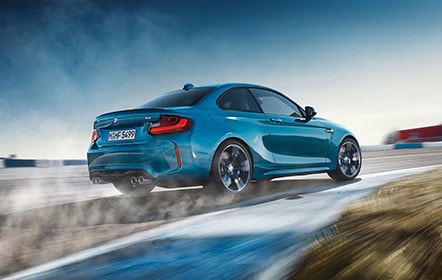 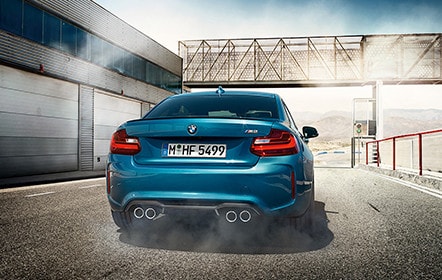 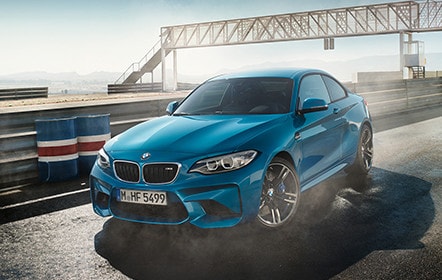 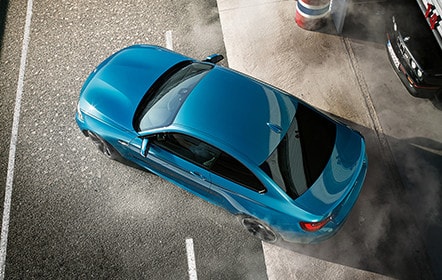